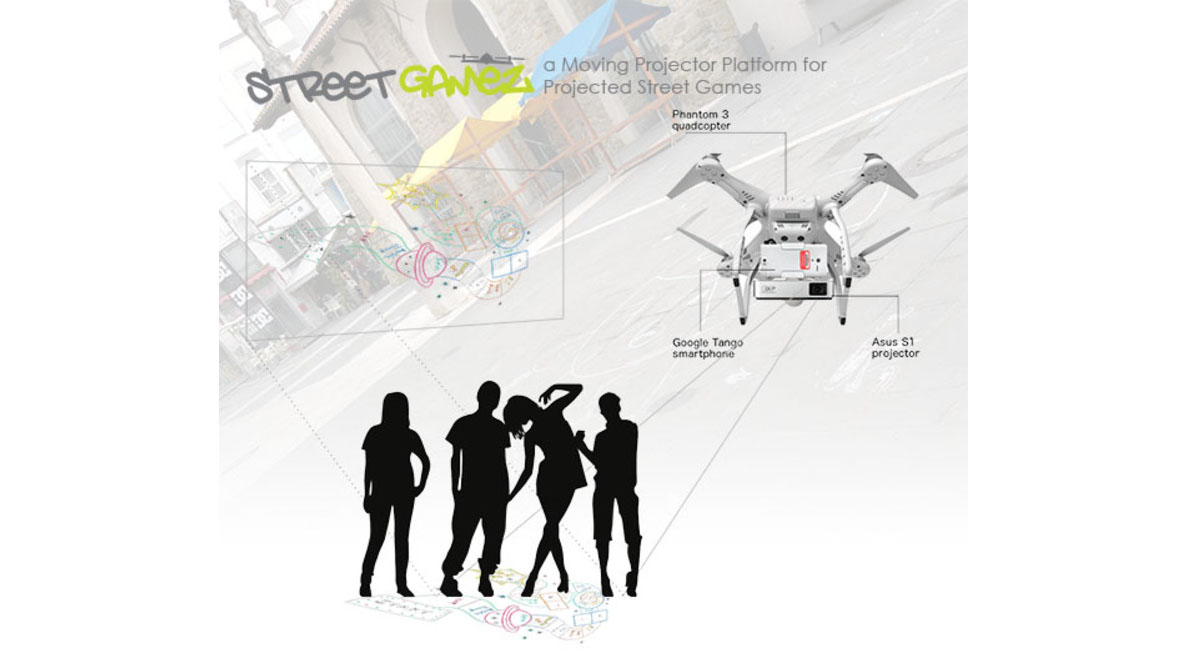 Moving Projector Platform (MPP) is a concept of using an autonomous vehicle, such as Unmanned Aerial Vehicle (UAV), commonly known as a ‘drone’, as a means to deliver and move the projection to arbitrary location. As a proof of concept this project presents a design plan for a Moving Projector Game (MPG) called StreetGamez, which facilitates the game play through motion tracking and projection of a playing area, which can move and follow players in the game. This introduces novel abilities, such as: (i) to move the gaming platform before and during the game to the desired location and (ii) to free players from carrying the gaming equipment. Consequently this instigates possibilities to explore and study new exergame paradigms and players’ attitudes towards the system as a whole. The concept also has the potential to provide a breakthrough in the social acceptance of drones in gaming scenarios whilst contributing to current debates on the legislation governing drone flights and furthering knowledge in human-drone interaction.