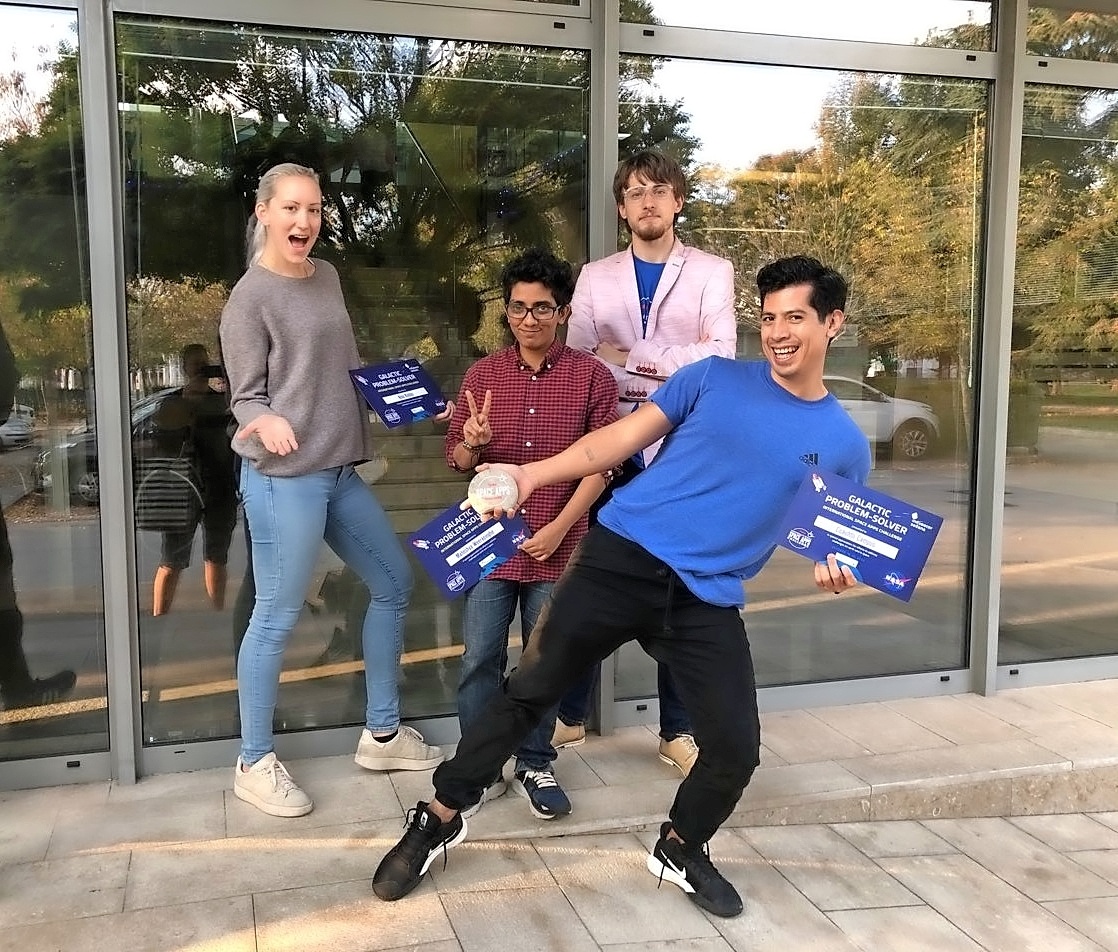 More than 29,000 participants participated in more than 230 locations in 80 countries. International NASA Space Apps Challenge was also held in Sežana. Between 19th and 21st of October, 6 teams with 31 participants participated in the 1st Round of NASA Space Apps Challenge held in Sežana. Amongst the teams were also students from UP FAMNIT, where two come from HICUP Lab:  Maheshya Weerasinghe, Cuauthli Campos. Other students in the team were Nina Klobas from UP FAMNIT and Nikola Nakov and Lukasz Popowicz from UP Management. They created an educational Augmented Reality game and won 1st place.

“The decision to participate was very spontaneous,” said Nina Klobas, a student in the Master’s Degree Program in Mathematical Science. “A friend of Lukasz was explaining to me about the competition he attended last year, and I thought it was worth a try. The team was assembled completely by accident. Maheshya and Campos are always open to the new ideas and so it was not difficult to convince them, and Lukasz and Nikola were planning to attend again after last year’s experience. We come from two faculties and three fields: management, mathematics and computer science, which has proven to be a tremendous advantage.”